HOONLYUN: The Journal of The United States Taekwondo Association

The number three holds great significance in cultures across the globe. Consider the triangular shapes of the Egyptian pyramids, the three entities of the Holy Trinity that supports Christianity. In numerology, it is said that the number three has a tendency to thrive in an upbeat and engaging atmosphere. Its energy is youthful and positive and it has an incredible zest for life. But, inasmuch as it pertains to Korea – the cradle of traditional taekwondo – the number three is extensively depicted in the form of the samtaegeuk – the blue and red components of the taegeuk that dominates the center of the national flag, with yellow added to create three distinct elements swirling endlessly in harmony as one defining heaven, earth and humanity.

Yet perhaps in less profound terms, the number three marks the passage of time, in years, since the death of the legendary Grandmaster Rhin Moon Richard Chun, founder of the United States Taekwondo Association, international master instructor, prodigious author and teacher to thousands of students worldwide.

Shortly before his passing in November of 2017, Grandmaster Chun appointed Grandmaster Doug Cook, 8th Dan, as his sole successor in leading the organization forward. During Grandmaster Chun’s tenure, taekwondo dojangs across the country and around the world, flocked to affiliate with the USTA based on its primary mission: to promote excellence in the traditional and evolving art of taekwondo.

Sensing the encroachment of sport over art in taekwondo early on, Grandmaster Chun chose to steer the USTA in a direction that many of the original kwans, or institutes, took during the formative years of the discipline, not the least being his  root school, the Moo Duk Kwan, or Institute of Martial Virtue. Subsequently, the USTA curriculum is intended to support and enhance basic technique, self-defense skills, character enrichment, physical fitness and, most urgently, poomsae, or formal exercise practice.

Today, under the direction of Grandmaster Cook, the mission of the USTA, while eager to recognize innovation, remains steadfast in its quest to preserve the rich traditions of taekwondo as intended by its founder and forefathers.

USTA BOARD OF DIRECTORS 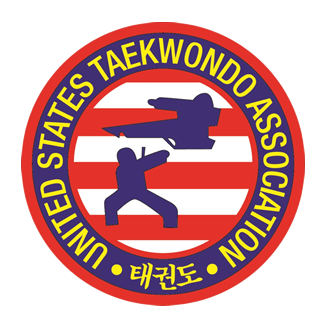 HOONLYUN: The Journal of The United States Taekwondo Association